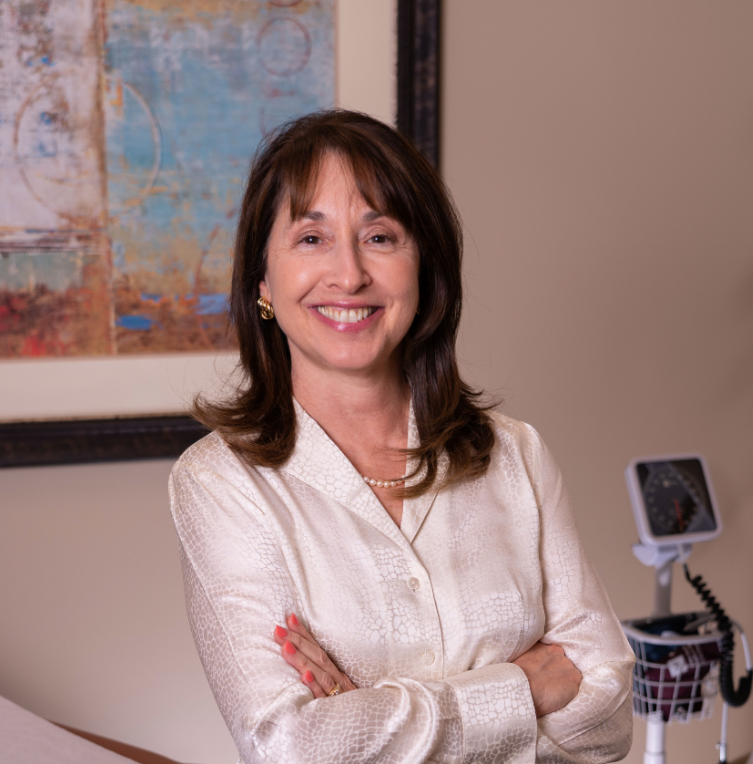 You could say that Suzan was destined to become an excellent physician. In her native city of New York, her father was a Hematologist/Oncologist, and her mother was a Psychologist. She enjoyed going to the hospital with her father and would marvel at how he comforted patients and knew the right questions to ask. Those hospital trips were eye-opening experiences that gave her something to aspire to. She, too, wanted the knowledge, expertise, and compassion it requires to help people.

Suzan enjoyed biology and psychology and decided to combine those academic interests with the chance to make a difference in the lives of others by becoming a physician.

Suzan trained at New York University (NYU) School of Medicine, where she met her husband. They completed their residencies at Strong Memorial Hospital in Rochester, New York. Suzan completed her residency in Internal Medicine and her husband in Orthopedics.

Suzan’s husband went to medical school on a Navy Scholarship so after their residencies, they became a Navy family for four years. They were even stationed for two years in Naples, Italy! There, Suzan volunteered in the Naval Hospital Internal Medicine Clinic seeing dependents of service members. The Navy then moved her family to San Diego for two years where she worked in a clinic for dependents at the US Navy Medical Center in San Diego. A move to civilian life brought Suzan, her husband, son, and daughter to Omaha in 1996.

In all, Suzan has been practicing medicine for 23 plus years. Once a young adult in NYC, Suzan’s now a true Nebraskan, sometimes driving in her truck listening to country music! Suzan’s vast experiences in medicine helped her live up to her aspiration to gain the knowledge, expertise, and compassion required to help all sorts of people. As such, she loves new experiences – particularly traveling. She also enjoys the performing arts.